The LabelList node class is a simple list class that can be used to display a list of items. Each item can include a text string and an optional icon positioned to the left of the text string.

The list items can be organized into sections that are demarcated by labelled horizontal divider lines between the sections.

In most cases, you will want to populate the content of a LabelList (or other similar components like PosterGrids, etc.) from a content feed, web service API, or some other dynamic data source.  However, to illustrate the basics of how a LabelList is constructed and used, here is a simple example of creating a LabelList and populating it with static data.  Static data in a LabelList may be useful for channel screens such as settings or menus with fixed items.

This code renders the LabelList shown below.

In this screen shot, the user has scrolled down one item to highlight "Drama" showing the separator after the last list item. 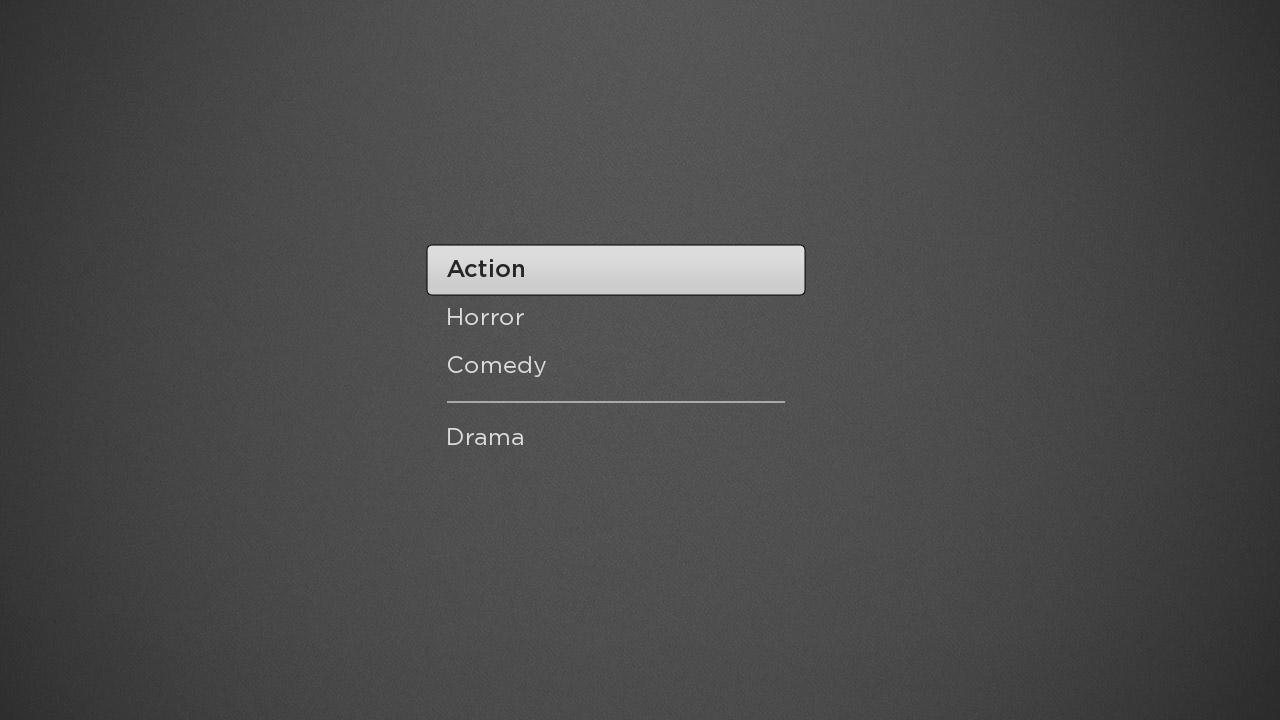 The data model for the LabelList node should have a single ContentNode node as the root node in its content field. The structure of the rest of the data model depends on whether or not the list items are to be grouped into sections.

If the list items are not to be grouped into sections, one child ContentNode node should be added to the root node for each item in the list (these child nodes can be thought of as item nodes). Item nodes should have their ContentNode attributes set as shown in the table below.

The section root ContentNode nodes use the following attributes: