The RadioButtonList node class is a simple list class that can be used to display a list of mutually exclusive radio buttons. Each item in the list displays a text string and an optional check mark icon positioned to the left of the text string that indicates which of the radio buttons is currently selected.

The following is an example screenshot showing the use of RadioButtonList: 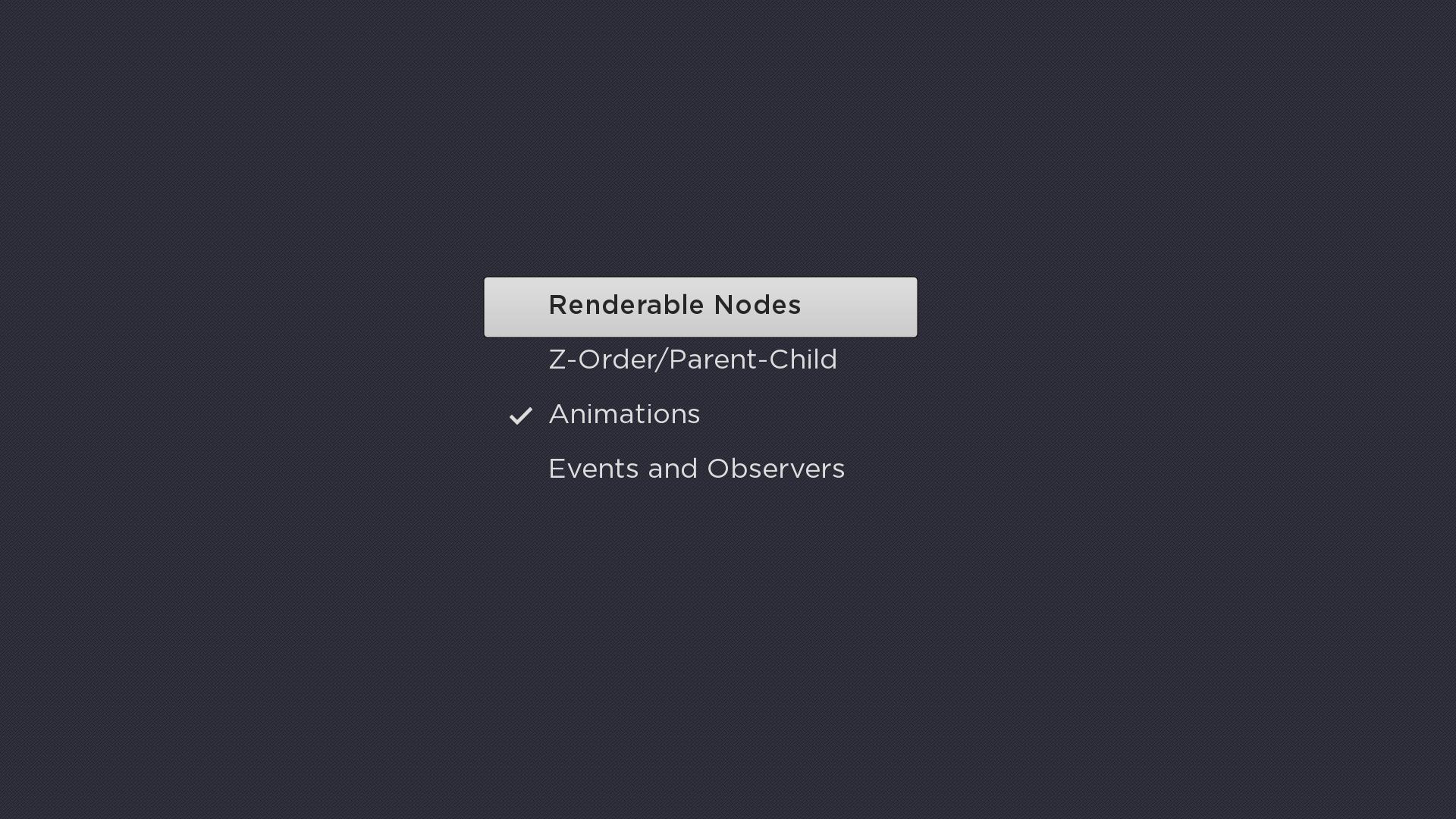